Pawnshop business: endeavor returns, a lifesaver with centuries of history

Pawning has long been used to make quick money in times of need. Even Elizabeth the Catholic or Maximilian I of Austria resorted to it 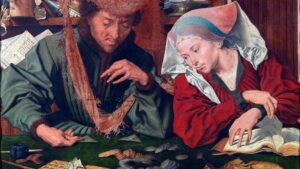 “The Moneychanger and His Wife”, Marinus van Reymerswaele, 1539.

At times, moneychangers could accept garments in exchange for their loans. Collection Museo Nacional del Prado.

Economic forecasts warn of a near-future full of deprivation. According to estimates by the Bank of Spain, GDP could fall by 15.1% this year and the unemployment rate reached 24.7% in 2021. The sheer cruelty of the coronavirus has overturned politics, the economy, and society. The medium-term consequences remain to be seen. Its effects are already manifesting themselves on citizens. They are those most affected by all crises.

Millions of people saw how, overnight, activity in many sectors collapsed to nothing, and their jobs were put on hold. Faced with difficulties similar to this, we have acquired imaginative resources to overcome. When the need is pressing, our most valuable belongings can be a rope to tie us to survival.

Our ancestors developed the concept of pawnshops, which allows us to receive cash on bail. And if the domestic economy is kept afloat, you can return the pledge guarantee that you gave to get liquidity.

The process is very simple: lend a property that is valued at a specific price that the owner receives. If within the agreed period he receives the delivered money plus interest, the object is returned to him. Otherwise, it is auctioned. This model was originally aimed at the lower classes but history shows that necessity often led powerful people to turn to it to launch onerous projects.

It was repeated a thousand times in Spain that Isabel la Catolica herself had to pawn her jewels to finance Columbus’s trip to India. It was the Genoese’s son, Hernando Colón, who pointed this out in his Historia del Almirante.

This fact is inaccurate since the queen’s most valuable jewels at that time were laid by the jury of the city of Valencia (the highest executive body of the city), which lent her money to pay for the war in Granada. In any case, this story confirms the scale of the effort at the time. 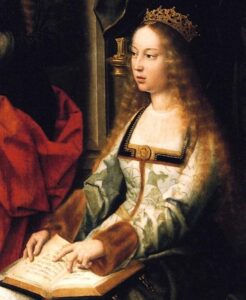 Isabel la Católica did not hesitate to pawn her jewels to finance the conquest of Granada.

For the royalty of the Renaissance, the war and the maintenance of the armies was the main reason for resorting to the pawning. This is how he had to do it, Juan Antonio Vilar Sánchez tells us in Carlos V, Emperor, and Man, Emperor Maximilian I of Habsburg at the beginning of the 16th century. His goal was to contain enemy advances in the Gelderland wars in the Netherlands.

Maximilian pawned an ancient jewel of the Burgundy house brimming with precious stones and pearls. He did it to Henry VII of England, from whom he obtained 50,000 gold escudos to finance his army with the English king’s commitment that his successors would return the precious flower as soon as the amount was returned.

The common people have been forced more often to give up their most precious possessions. There is news of the existence in ancient China of the first pawnshops inside the monasteries to help the lower classes, especially the peasants. There in China, these houses were subject to severe government laws whose failure could lead to death.

During the Song dynasty (960-1279) there was an important growth of these businesses. But it was with the Qing (1644-1911) when they live their great emergence reaching more than 23,000 establishments throughout the country.

Even in Roman law, we find specific regulations of this commercial deal. The creditor, that is, whoever received the loan, acquired possession of it. But it was not in an absolute way. A “trust or fidelity pact” was established that prevented the use of the object and forced it to be kept.

The “confiscation clause” provided that in case the debtor did not reestablish the debt in the agreed time the creditor would obtain the object as payment. If it had increased in value, the former had no right to claim the difference.

Pawnshops were affected by religious values ​​in the Middle Ages. Usury was perceived as a sin, observing as such the fact of receiving an amount that exceeds what was borrowed. The concept is clear. Money should not generate more money by itself. In the third Lateran Council (1179), those who participated in this business were denied the possibility of receiving communion and being buried in a Christian way.

Franciscan monks from northern and central Italy were the first to lend money on bail to the humblest people. They didn’t charge interest because the original idea was to help the poorest class of artisans and farmers without any fixed income. The only incentive to pay back the loan was to return the clothes. Then the pawnshop was called Monte Pío, Monte di Pietà. In English  — Mount of Piety. Monte means “public box” or “sum of money” and “pio” means pious action.

At the end of the Middle Ages, there within the Church appeared Mount of Piety. It was called to define the concept of pawnshops. In 1462, the first pawnshop named Monte di Pietà was founded in the Italian city of Perugia. The idea came from the Franciscan order, and soon developed with the approval of the pontiff himself. Its objective was to lend to the poor, facing any kind of usury. The pattern soon spread to different Italian regions. Artisans, small merchants, and farmers were its main customers. 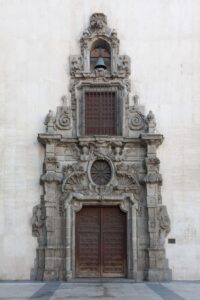 The interested parties received an interest-free loan guaranteed with objects in their possession. Mainly, it was clothing and jewelry. For their maintenance, the institutions were nourished by alms, paid liturgical celebrations, and the eventual support of the kings. The pope even granted a plenary indulgence to all faithful who donated ten or more ducats in cash.

Soon it became clear that these contributions were insufficient to maintain the structure. Loaned objects were sometimes very valuable, and their storage and preservation generated significant expenses. The building to guard them had to have fortress structures to prevent theft.

In 1515, the fifth Lateran Council admitted in one of its provisions the legality of charging a small interest in the Monti di Pietà. Pope Leo X (1513-1521) in one of his bulls made clear the legality of the interest on loans, but only to allocate the benefit to administrative expenses.

The first Spanish Mount of Piety

The Franciscan idea spread throughout Europe. There in Spain it also had a religious trend supported by Father Piquer, who conceives the autochthonous modality. At the beginning of the 15th century, there were interest-free pawnshops with many similarities to the Mount of Piety with the alms coffers. The alms coffers were before the Mount of Piety, but without so much scope.

The model did not take on a significant scale. It was 1702 when the monastery chaplain de las Descalzas Reales de Madrid, Francisco Piquer y Rudilla founded the Monte de Piedad in Madrid. On December 3, 1702, Piquer deposited a silver real in a small box. That was the symbolic beginning of this pawning institution. Eleven years later this institution was submitted to the Royal Patronage, and in 1724 its physical headquarters opened its doors.

The figure of Father Piquer is omnipresent in the launch of the pawnshop business model. When he received a request for a loan, he looked for a custodian of the pledge among his contacts because for two decades the institution did not have a building to store goods. The Madrid Mount of Piety in its first steps did not charge interest. Unlike that of Rome which established a 10% rate for loans over ten escudos.

Piquer obtained economic concessions of the benefits in India and 70,000 reais of fleece annually on the rent of the tobacco for the pawnshop maintenance. He financed himself with different types of alms. Among them were popular “boxes of souls”, which were distributed in the homes of the devotees. Donations were periodically collected by the “ministers” of the Mount of Piety.

Private pawnshops along with these institutions being created to help the most needed people were maintained throughout the world. The Industrial Revolution had brought millions of people to large cities generating large pockets of poverty. The need for quick money during the 19th century made this business grow under abusive conditions. It became common practice among the neediest to pawn clothes or other everyday objects on Monday and get them back on Friday payday in factories and companies.

Zero legal requirements for these private enterprises made it possible for their friends and relatives to receive easy money without question. The United Kingdom passed the Pawnshops Act (1872), which established measures to open such companies prohibiting established companies pawning of articles to children under 12 years of age and determined the business interest rates.

The regulations have been more complex in the United States in the last two centuries, where each state has its law. This activity was rooted in the economic psyche of the country. It acquired formidable dimensions after the Great Depression. Today it enjoys enormous dynamism.

The latest economic crises have been fertile ground for the rebound in the pawn business. Starting from 2008, pawnshops noted an increase in their activity. Today, owners of small and hospitality businesses or freelancers have been forced to pawn all kinds of valuable objects while waiting for the attack of Covid-19 to be mitigated. According to the statistics of the Monte de Piedad in Madrid, 97% of the people who pawn an object to obtain liquidity end up recovering it. 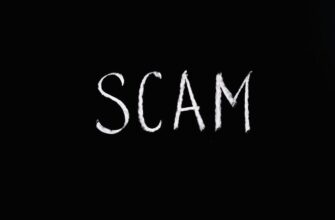 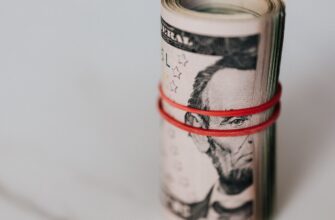 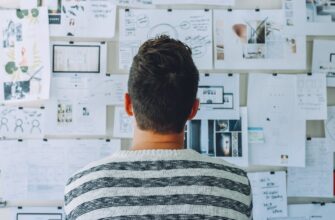 How to make a personal financial plan
The ability to handle money is an important skill.
0 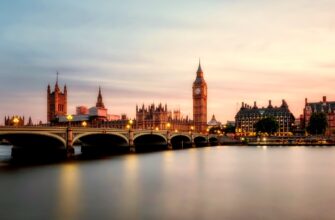 The design of the loan/credit in England
If you are not a British citizen, but still intend
0 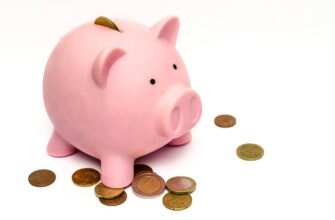 What is Loan? Advantages & Disadvantages
Credit from Latin crēdō (“I believe”). Credit is the
0 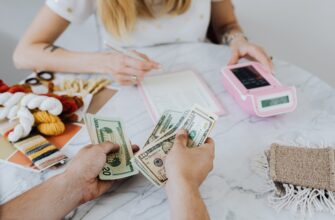 Understanding Different Types of Credit
Let’s look at all the variety of credit products.
0