“Protecting human lives and making it easier for health systems to cope with the pandemic generated by Covid-19 has required isolation, closures of activities, and widespread businesses around the world to stop the spread of the virus. That has meant that the health crisis is having a serious impact on the world economy“.

Thus begins the latest World Economic Outlook (WEO) report from the International Monetary Fund (IMF) released with a title that evidences the situation that the planet is going through The Great Confinement. But how much wealth is this viral tornado going to carry around the world?

The IMF’s first estimate report states that “as a result of the pandemic, the world economy contracted sharply by -3% in 2020″. This sharp drop is the largest the world has experienced since World War II (1939-1945) and the greatest economic crisis since the Great Depression that began in 1929.

The Scale of the Current Crisis

The intensity of the crisis is much greater than in the cut in the world economy that occurred in 2009, due to the financial crisis unleashed in 2008 with the Lehman Brothers bankruptcy. According to the IMF, global GDP fell by 0.1%, although the World Bank estimates the decline at 1.7%.

Moreover, the 3% drop in world GDP in 2020 represents six percentage points less than what the IMF expected the global economy to grow this year (3%). The damage, although widespread, will not be far from homogeneous. The advanced economies of Europe and North America in all cases will bear the brunt with falls in national GDP of more than 6%.

Meanwhile, the main emerging economies, mainly Asian, are less damaged with an average drop in GDP in their area of -1% in 2020. The wealth of China and India during passed year register positive growth of 1.2% and 1.9%, respectively, according to IMF estimates.

All these calculations have been made on the hypothesis that the pandemic will “vanish” in the second half of 2020 and the return to activity will then take place gradually.

The calculations anticipate: there will be a rebound effect that leads the world economy to grow by 5.8% in 2021. The same as the activity is normalizing throughout the planet and always “with the help of political measures,” claims IMF to the world.

The IMF’s chief economist, Gita Gopinath, assures that the recovery in 2021 will be only “partial” because the agency projects that the level of economic activity will remain below that expected for the next year before the arrival of the virus. She has put the cumulative loss of world GDP in 2020 and 2021 at $ 9 trillion. Such amount is greater than the economies of Germany and Japan combined.

The improvement in expectations is immediately overshadowed when IMF experts assure that there is “extreme uncertainty around these growth forecasts” since the economic consequences of the pandemic “depend on factors that interacting a hasty manner to predict”. Specifically, the authors of the report refer to factors such as:

But everything that has been said so far would worsen notably if the health crisis did not end in the second half of this year but lasts until 2021 as the IMF considers in its base scenario. In that case, the cut in world GDP would rise to 6% this year and could contract an additional 8% in the next concerning the aforementioned scenario.

The other major loser of the Great Confinement will be world trade. The data is devastating. The IMF expects the volume of trade in goods and services around the planet to fall by 11% this year. That is, almost 14 percentage points less than its growth forecast of 2.9% made last January before the irruption of this health crisis.

This halt to a large part of international trade could also produce a price distortion. In this case, that will affect emerging economies more than advanced, according to the IMF. Thus, IMF foresees a containment of inflation of 0.5% in the most developed countries, while the emerging states could experience an increase in consumer prices of 4.5% in the line that they had been registering until this year.

The impact of the Covid-19 pandemic on labor markets will again reproduce the damage caused by previous crises. That is, some countries will be much more affected than others. The global unemployment rate in the eurozone could increase by only three points: from 7.6% to 10.4%. Spain will once again be among the most suffering, with an increase in its unemployment rate of more than six points going from 14.1% in 2019 to almost 21% this year.

There are other states, such as Greece that fared worse after 2008. They could be at the forefront of world unemployment with a rate of 22.3%. According to the IMF, the coronavirus phenomenon is expected to double the unemployment rates of several European countries. Ireland will go from 5% to 12.1%; Portugal – from 6.5% in 2019 to 12% this year; Holland will go from 3.4% to 6.5%.

Intellectual Property in the Crisis Context

Today, in the context of declining economic growth as a result of the global financial crisis, it makes sense to go back to basics and remember the factors that are driving this growth. It is still too early to speak confidently about what is happening in the world of intellectual property under the influence of the crisis. But some interesting phenomena deserve consideration.

Historical experience shows that in times of crisis the demand for intellectual property decreases. For example, during the Great Depression, from 1929 to 1933, the number of patent applications filed in the United States decreased by 37%. This indicator recovered to the level of 1929 only in 1965. The current situation does not look unambiguous.

The situation in the field of patents develops differently at the national and international levels. For example, in both Japan and the United Kingdom, the number of patent applications filed at the national level has declined, while the number of international patent applications filed from these countries appears to be increasing. Perhaps, it reflects the growing impact of globalization and the greater sensitivity of enterprises concerning the time and manner of patenting inventions.

There are clear differences between regions of the world. The number of international patent applications filed this year by the United States fell by 14% and China increased the number by 19%. That situation indicates the heterogeneous impact of the crisis on the field of innovation.

The crisis has different effects on economic sectors. We can expect a significant decrease in patent activity in the automotive industry, which traditionally receives a lot of patent applications from enterprises. As a result of the crisis, there are both threats and new opportunities that lead to a change in the innovation landscape, depending on the financial well-being of countries and the ability to obtain loans for risky activities. 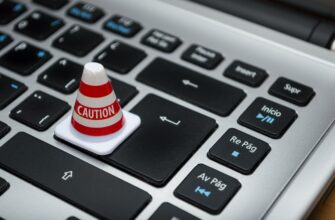